Touchscreens could be causing babies and toddlers to sleep less

Is your toddler sleeping less? New research has suggested that letting babies and toddlers play on smartphones or tablets could be keeping them awake at night.

Scientists have found that the longer young children played on touchscreens, the less they slept.

Researchers at Birkbeck, University of London, questioned 715 UK parents about their children’s touchscreen use and sleep patterns.

Three-quarters of toddlers aged between six months and three years were found to use a touchscreens daily. By the age of two, 92% of the children surveyed spent at least some time playing on a smartphone or tablet.

The finding revealed that for every hour of touchscreen use, the children slept for nearly 16 minutes less on average over 24 hours. Touchscreen users also found it more difficult to drop off to sleep.

While the potential sleep loss is relatively low, parents need more information if they are to protect their children from the potential negative effects of touchscreen technology.

Lead researcher Dr Tim Smith said: “These results indicate that the popularity and accessibility of touchscreen devices has led to high levels of usage by babies and toddlers, and this is associated with reduced sleep.

“Future research is now needed to build on this initial study to try and understand whether touchscreen use is causing sleep problems and how types of use may mitigate these risks.”

Regardless of age, getting a good night’s sleep is important to our overall health and wellbeing. For young children, nighttime sleep is considered essential to learning and social and emotional development.

Some experts were quick to point out that parents shouldn’t be overly concerned by the findings of the study.

Statistician Professor Kevin McConway, of The Open University, said: “I certainly wouldn’t lose any sleep over these results, if I still had young children.

“Taking the results at face value, babies and toddlers who spent more time using a touchscreen did tend to sleep less. But there are many possible explanations of that, besides the possibility that the touchscreen use directly affects sleep.”

But it’s not all bad news. Dr Smith added that earlier research by his team found a connection between active touchscreen use and the quicker development of fine motor skills – such as the ability to pick up small objects – in babies.

Dr Smith commented: “Before totally restricting touchscreen use, which might have potential benefits, we need to understand in depth how to use this modern technology in a way that maximizes benefits and minimizes any negative consequences for young children.” 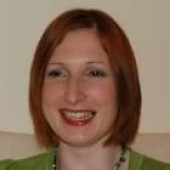 Breastfeeding – Is it for you?

Moving home without the hassle